And what of libraries?  Contemplation is central to traditional library services and uses:  Reading books, newspapers, and magazines; doing homework (offline); participating in storytelling hour; playing a board game; or daydreaming (uninterrupted by electronic gadgetry).  How will future libraries support contemplative activity of this kind when the technology encourages the opposite?  Or does it even matter?[…]

And what of libraries?  Contemplation is central to traditional library services and uses:  Reading books, newspapers, and magazines; doing homework (offline); participating in storytelling hour; playing a board game; or daydreaming (uninterrupted by electronic gadgetry).  How will future libraries support contemplative activity of this kind when the technology encourages the opposite?  Or does it even matter? 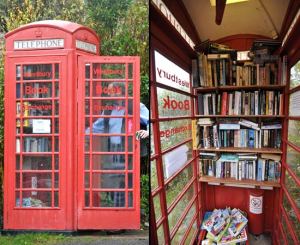 Tecnologia per bambini: ecco i gadget 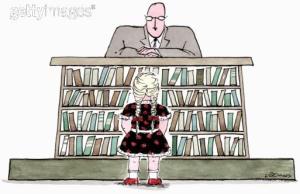 Pubblicato in Biblioteche per ragazzi, Curiosità, Letteratura per ragazzi

Pubblicato in Curiosità, Illustrazione per ragazzi

Abstract:
Grade 2–5—Liberty Elementary School has a state-of-the-art library media center with a librarian who, allegedly, won’t tell the students anything. At least that’s the grim report that new student Robert receives from his classmate Carmen. When he meets Mrs. Skorupski-who wears tarantula earrings, rhinestone glasses, a bright red-and-gold shirt, and purple pants-he discovers that she is not quite as close-lipped as he’d been led to believe. While it’s true that she won’t place a book directly in his hand or find him a Web site, she patiently teaches him how to search an online catalog and how to access and select appropriate information by himself. In other words, she’s a perfect school librarian. Mrs. Skorupski enables Robert and his classmates to locate print and nonprint materials, take notes, keep track of sources, and demonstrate their learning in a multimedia product. This amusing story with bright, zippy illustrations can be used to launch research units. The accompanying “library lessons” pamphlet has useful forms, a self-assessment rubric, and additional information on multimedia formats including claymation films, podcasts, TV advertisements, and PowerPoint slide shows.—

Written by children’s librarian Carla Morris, The Boy Who Was Raised by Librarians is a joyful picturebook about Melvin, a young boy who grows up with three librarians as some of his most cherished friends – not only do they help him find information, but when he needs it the most, they help him find his motivation and achieve as much as he can. “In fourth grade, Melvin entered The Complete and Unabridged A-to-Z Spelling Bee. Marge suggested he read the 100th edition of ‘Words to Know’ every day after school. Not surprisingly, he won first place.” But when Melvin grows up and goes off to college, he has to leave the library and his friends behind – forever? Or not! He keeps in touch with his librarian friends through letters, and years later, new librarian comes to work – Melvin himself! The humorously exaggerated yet playful color illustrations add the perfect touch to this warmhearted and upbeat children’s story.

Featuring charming illustrations by Nicole Wong, “L” Is For Library by Sonya Terry is an unusual alphabet book designed for children preschool through the second grade and has as the setting, a local community library. The “guide” is an orange tabby cat and children will follow the kitty through the whole A to Z alphabet, all within in the context of what boys and girls have commonly encountered in library visits of their own. “L” Is For Library fully engages young readers as they have fun throughout the learning process. “L” Is For Library is very highly recommended for all beginning and young readers interested in their library, as well as for parents, teachers, and librarians as effective and fun learning tool for their young charges. 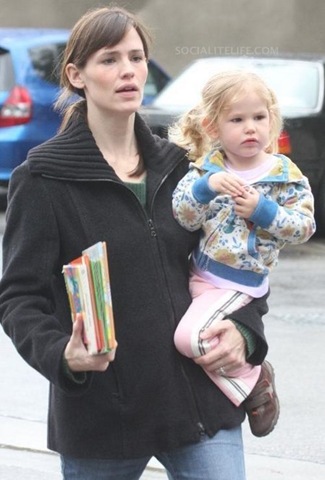 Pubblicato in Curiosità, Illustrazione per ragazzi